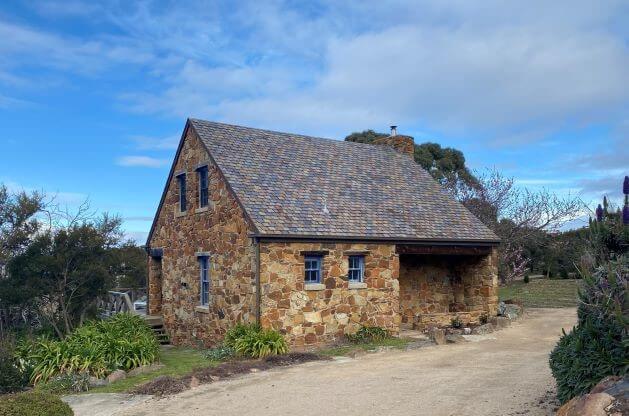 Extended lockdowns in New South Wales and Victoria, and uncertainty over their impact on the economic recovery, have pushed the Reserve Bank of Australia to keep the cash rate at the lowly 0.10 per cent for the tenth month running.


While the bank has been buying $5 billion worth of bonds a month to provide cash to pump into the COVID-19-hit economy, it announced at its monthly meeting on Tuesday a reduction to $4 billion. It has said it will purchase at this rate until at least mid-February 2022.


“I’m pleased they’ve done that because it reflects an improvement in the outlook at the moment,” said David Robertson, head of economic and markets research at Bendigo and Adelaide Bank. “That indicates they are feeling some degree of optimism.”

The difficulty is that, while the economy grew 9.6 per cent over the last financial year, and the recently released June quarter gross domestic profit (GDP) data saw a solid growth of 0.7 per cent, the September quarter is likely to see GDP shrink by two to three per cent mostly as a result of the long Delta lockdown in the country’s powerhouse of NSW.


“But then that all depends on the vaccination rate,” Mr Robertson said. “I think it will probably be 80 per cent by mid-November and then that’s when you get the second ‘V’ in the economy’s ‘W’ shape – the next recovery.

“The Bank is concerned about the current lockdowns but they have an eye on 2022 when we’ll be treating the pandemic as endemic, rather than a pandemic, and hopefully the economy will bounce back. But we will need more fiscal policy help to get us through the next few months to the recovery. That’s the challenge.”


Mr Robertson said he didn’t see reliance on increasing debt via quantitative easing as a major problem. Australia still has a triple A credit rating and our net debt-to-GDP ratio is still smaller than a lot of other strong economies.


Also helping is the continued resilience of the housing market. While lending to owner-occupiers was down a small 0.4 per cent in August, investor lending grew 1.8 per cent – over 98 per cent higher than it was a year ago – and now at its highest level since April 2015.

“House prices are still rising but the main question is what impact the lockdowns will have on the economy,” said David Hyman, chief executive of Lendi Group. “The Reserve Bank has said before that rates won’t move until 2024, but depending on what happens, that rate rise might be pushed further back.”


“The lockdowns around the states are all different with Victoria’s much more structured than NSW’s, so there are so many unknowns. But my personal view is that public pressure over the course of October and November will see the states opening up, and hopefully everything will bounce back. There’s a lot of liquidity in the market.”

Anil Sagaram, the CEO of Acacia Money, is similarly confident. Talking to consumers regularly via the company’s app to optimise personal finances, he feels they’re ready to go out and spend as soon as they’re able.


“The Reserve Bank didn’t have much room to move in terms of interest rates because of COVID and the waiting to see what will happen with the vaccination rate and consumer confidence,” he said. “But my gut says people are going to be pretty keen to get out and spend money again. There’s a lot of impatience there.”


“They’ve been saving more and their expenses have been reduced and the low rate environment is encouraging them to be in the property market despite prices continuing to rise. This period has given a lot of them time to put their finances in order and choose between banks offering quite different mortgage rates.”

On a macro level, the Reserve Bank will also be looking very carefully at how other major economies are faring, advises Robertson. New Zealand, for example, was all set to increase interest rates from 0.25 per cent to 0.5 per cent and then maybe to 0.75 per cent, until its own Delta outbreak the day before convinced it to defer any increase.


“Australia will continue to look at them, and other countries like Singapore and the UK, and see how they do as they exit their emergency settings with their vaccination rates,” Robertson said. “They’ll be looking at a range of countries and how they’re dealing with it prior to us being in the same situation.”